In the picture of the icon above, St. Paul is shown discussing various biblical passages with figures known from Old Testament stories as though there is no distinction in time or sequence between them. St. Paul is not to the right of everyone, for example, as if to emphasize that he comes historically later and thus moves “beyond” the older scriptures. Rather, as a representative of the New Testament, he is surrounded and absorbed by those who represent the Old Testament. Although our attention is drawn to him because he is centered, he is not in front of Abraham or Melchizedek. And while Isaiah stands behind him, the prophet holds a text from his book above St. Paul’s own later text, as if to re-instruct him after the fact.

In this course, we will approach Sacred Scripture from the perspective implied by the icon, and investigate passages from both testaments as though one is no more “current” or “relevant” than another simply by virtue of its being more recent.

We will begin in the New Testament, where we’ll spend the first three weeks reading various texts and asking the following kinds of questions: What sort of thing did Jesus establish that came to be called ekklesia (‘Church’)? What are its essential features, without which a faith community could not rightly be called ‘Church’? How do the apostles envision “sending” the Church forward into the following generation(s) after they themselves complete their earthly journey? Most pointedly: Does the New Testament’s brevity about the Church, in contrast to the Old Testament’s much longer and more detailed development of Israel, signal a deferential posture toward the Old Testament’s capacity to continue bearing upon the Church’s self-understanding beyond what the New Testament presents?

With this last question especially in view, we’ll consider whether—and if so, how—the apostles regard the Old Testament as an ongoing witness about God’s ways with Israel that directly describes His ways—including his future intentions—with the Church He established in Christ.

This way of reading the Old Testament not as background “salvation history” but as contemporary description may be unfamiliar to some of us. So we’ll spend the fourth and fifth week of our course unpacking these ideas and chatting with the Fathers to see how they did it. In particular, we will discover 1) what is meant by interpreting Sacred Scripture “figurally”; 2) how the two testaments of the Bible relate to one another as two parts of one unified canonical witness; and 3) how the Church learned to see history—including its own past, present, and future—through the lenses of that unified canonical witness.

In the second half of the course, we will take our cue from the apostles and their successors and go “back” to the Old Testament ourselves to hear how its testimony fills out the New Testament’s briefer account, particularly in regard to what God has in store for the Church in these troubled times. 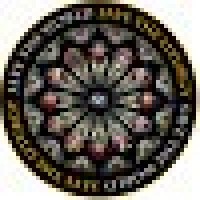 Will this course be available online?

Thank you for your interest. At this time we’re not able to offer courses online, but we continue to discuss the possibility of doing so in the next year or two. In the meantime, please feel free to make use of any of the resources you find on the site, including those we post on these course pages. They are not reserved for registered students.

Please also feel free to offer questions or comments about the course material in these comment boxes, or about blog posts or articles we publish, once you have read our posting guidelines. Again, in the case of comment threads on course pages, although you will not have the benefit of the discussions in class, the online interaction is not reserved for registered students, so you are welcome to join in!

Thank you for your great questions and comments first class. It was a joy to meet you all and to begin this journey together.

Please treat the article I suggested as a secondary resource if you have extra time beyond what you expend on the scriptural passages we’ll be exploring together.

Next class, we’ll begin by wrapping up our discussion of Matthew 16:13-19 and 18:15-20 before we turn to Acts. Do take this opportunity (if you haven’t already) to familiarize yourself with especially Matthew 18:15-20, since we weren’t able to cover it in class.

Then, as you read through the accounts of Pentecost (Acts 2:1-42) and the Jerusalem Council and subsequent apostolic exhortation to the Gentiles (Acts 15:1-35 [adding several verses to this section in the syllabus]), please do so with the following two questions in mind:

1.  What are some statements in this passage that help shape our understanding of the Church?

May God bless you in your study, and please feel free to post thoughts here in this thread!